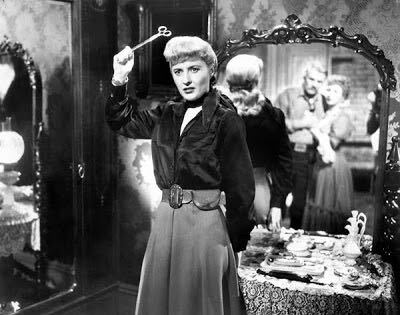 In honor of the fact that this film was shot in Tucson, Arizona and I used to live there – I wanted to use this post to give a shout out to some of my favorite restaurants there.

Five Points Market & Restaurant
A delicious spot that I typically visit for brunch – has a fresh squeezed, eclectic drink menu, locally sourced hot sauces that you can buy on-site, and a flavorful menu. I recommend the huevos rancheros, smoked salmon breakfast or the pancake!

Mercado San Augustin
This courtyard space is full of amazing options to eat, drink and shop. I absolutely love getting the breakfast burrito at the Seis Kitchen window and a cappacino from Presta Coffee Roasters.

Prep & Pastry
Yes, I like a lot of brunch spots. This one is especially worth the trip because of their amazing Bloody Mary menu. There are tons of options for Bloody’s (or other tasty brunch drinks like Mimosas or Bellini’s), and they are well-made – not an easy feat. They have the perfect amount of spice, thickness, and they are paired with cheese, bacon and olives on a skewer, as well as a small shot sized glass of a craft beer to top off the drink.

“The Furies” directed by Anthony Mann, is an iconic Western drama starring Barbara Standwyck and Walter Huston, as Vance & T.C. Jeffords, a father daughter pair. T.C. Jeffords is the tough, but charming, garrulous and gambling ranch owner, who presides over a large New Mexican territory called The Furies. Vance is set to be the heir to this land, and she’s a stubborn go-getter who will let nothing stop her from making that happen. Not when her pops brings home a woman to marry who seemingly intends to send Vance out in the world to travel instead of running the ranch herself. Not when she falls for another ranch hand who might be conning her to get a portion of her fathers land, the Darrow Strip. Not even when her best childhood friend Juanito Herrera, part of a Mexican family of squatters on the Furies, becomes her fathers greatest enemy.
Nonetheless, the true heart of the story is the feminist plight for autonomy – for Vance to choose her own future. And it is a well-constructed story told with nuance. Her father is so powerful and well-known around town, that his I.O.U’s have started to accumulate value. As they stack up, and he fails to pay them, the townspeople begin to use them as currency. He confronts every problem with a maniacal laugh and gushing smile, but this approach was bound to break, and he starts to lose his value. Vance is headstrong, and has never been presented with a problem she couldn’t win. She has never been rejected until Rip Darrow (Wendell Corey) comes along and sends her spinning, and she must overcome this loss of self-assurance if she will ever regain her fathers faith in her, and find her own happiness again.

This complicated Western is excellent. It relies on thoughtful storytelling, and veers away from the common narratives of Good versus Evil, Cowboys versus Indians, us versus them. All of the characters present flaws of their own, but goodness too. This evenly distributed empathy keeps one guessing, as any of the characters could be fit to come out on top. The problems are human, each bringing their own perspective and background, each justifying their own convictions. Finding the spirit of Tom Hardy’s “Far From The Madding Crowd,” Vance just wants to pave her way in the world, as a rancher the way that she was taught. She must mask her fear and do business like the boys, and Barbara Stanwyck gives a brilliant performance, finding all of these layers in our heroine.

It was a box office flop for Paramount Studios, but gained credit later on. In 2008, it was chosen for re-release by the Criterion Collection, as they called it a “hidden treasure of American filmmaking” and sold it with the book that it was based – “The Furies” by Niven Busch. Most film critics label “The Furies” as Anthony Mann’s best Western (he directed three), previously doing noirs, and it strikes a perfect balance of the two genres. It was Walter Huston’s final on-screen performance and it showcased Barbara Stanwyck’s ability to turn a teenaged girl on paper to an evocative, exciting young woman of her early 40’s, (and its a magnificent performance following her previous twenty years of masterful hits). “The Furies” is a raucous and well-paced Western that boasts Oscar nominated cinematography and blistering domestic drama.