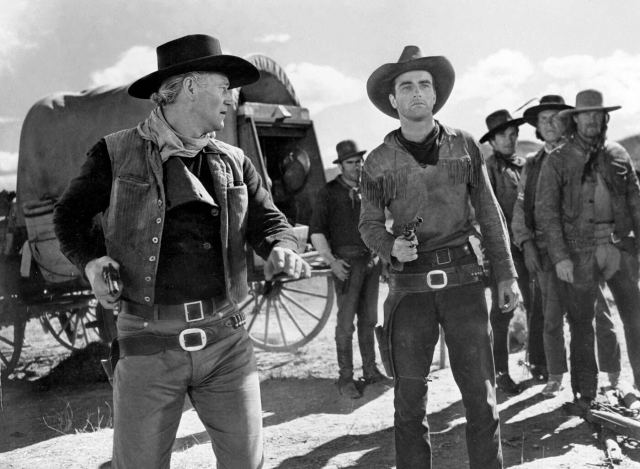 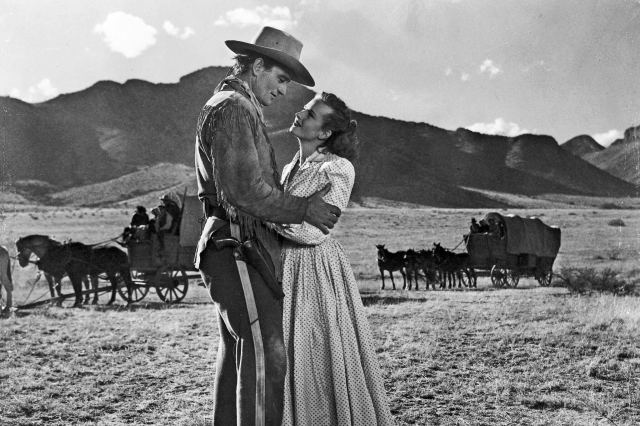 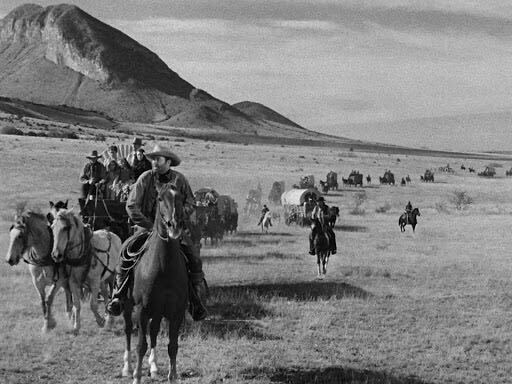 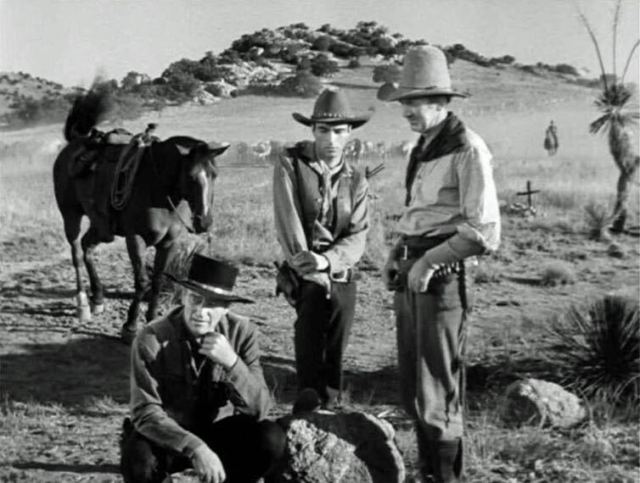 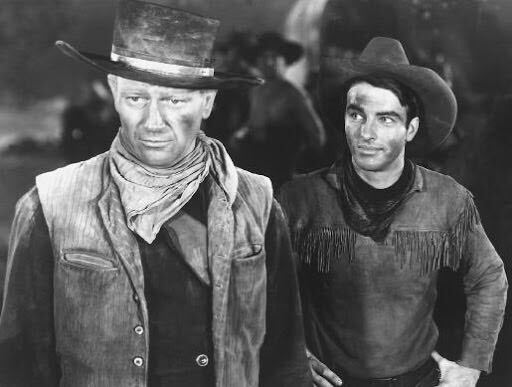 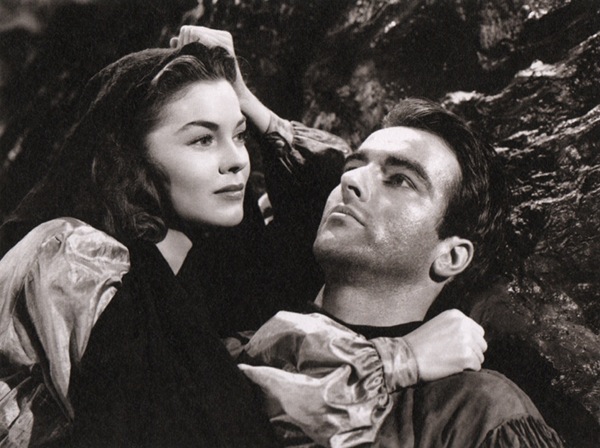 Sometimes you have to find a way to use what you have in your pantry and the leftovers in your fridge to come up with something new, and so today I will describe my make-shift recipe: Pinto Bean Burritos!

First, you get a can of pinto beans and drizzle a bit of oil in a pot, and cook the beans until soft. At that point, use a fork and press the beans until properly mashed. I had some avocado leftover, some cucumbers (roasted and seasoned with Southwest spice, and salt & pepper, that had been in the fridge, leftover), and Monterey Jack Cheese. I took tortillas (as many as you have ingredients for) and lined them with the pinto bean mash, and placed the ingredients – avocados, cucumbers and cheese – inside, rolled up the tortilla into a burrito and voila! Easy, flavorful and filling.

“Red River” (1948) is Howard Hawks first Western, most known for some of the magnificent classics he had made prior to this, such as the original “Scarface” (1932), “Bringing Up Baby” (1938), “His Girl Friday” (1940), and the messy, but entertaining 1946 noir “The Big Sleep.” The film is centered around John Wayne’s Thomas Dunson and his  protégé, a young orphan boy who Dunson took under his wing, Matt Garth (Montgomery Clift – who looked remarkably like Dave Franco in his day). As they journey across Missouri, they lead a herd of cattle, and are helped by Dunson’s trail hand, Groot (Walter Brennan).

Walter Brennan also serves as the narrator, which was added after filming when Hawk’s realized that the film needed to be shortened. The narration was utilized to summarize the major plot points that needed to be excluded from the final cut. Brennan’s narration as Groot is reminiscent of Burl Ives’ narration on “Rudolph the Red Nosed Reindeer” and other similar holiday children’s movies in the 1960’s.

The film is fairly slow and meandering as we discover the backgrounds of the characters and how they found each other, as well as their obstacles along the trek. We witness an attack from the Natives (throwing a fireball with an innovative trick of special effects), a dangerous stampede, some intricately choreographed shootouts and an impressively shot river crossing.

As Garth and Dunson butt heads along the journey, their past finds ways to catch up with them – especially in the form of their past and present love interests. Dunson lost his first love, Fen (Coleen Gray), and Garth meets a new leading lady Tess (Joanne Dru), who end up receiving the same gift along the way – Dunson’s mothers bracelet, hatching some complicated feelings and a love triangle. The film fails to really pick up its pace until Tess Millay enters the story, but unfortunately that is over an hour into the film.

The most iconic excerpt from “Red River” is the enthusiastic montage of a bandwagon of cowboys shouting “yee-haw” in all it’s various intonations, tipping their hats and howling all the way. It is the kind of cinematic moment that could be plucked and repurposed, referenced, or commemorated. The best element of the film, though, is the steamy romance between Matt Garth and Tess Hillay, from their thrilling meet cute on the battlefield, to their first encounter alone, against the smokey backdrop of the woods, their chemistry is magnetic.

That is not where the romantic and erotic chemistry stops, though. Despite Garth and Hillay being the central love story, the film is known for it’s homoerotic subtexts that simmer throughout the entire piece, particularly between Montgomery Clift’s Matt Garth and John Ireland’s character, Cherry Valance. They were rumored to have been having an affair throughout filming, and it appears to most historians that Hawk’s playfully acknowledged this with cheeky dialogue between them. One notable scene the two size up each other’s revolvers, and each quippy line is a double entendre – holding long eye contact and saying, “That’s a good-looking gun. … Can I see it?” It is a glorious undercurrent of the film, setting the stage for “Brokeback Mountain” (2005) almost six decades later.

Classic films like this have a sneaky influence on so many of the films we hold dear, even if the connections between them are subtle. Martin Scorsese credits “Red River” for inspiring the famous scene in “Goodfellas” (1990), where Ray Liotta’s character Henry Hill walks across the street to attack his neighbor, and walks back home in one continuous shot. The final confrontation in “Red River” between John Wayne and Montgomery Clift was shot the same way.

Though the film is severely white-washed, the portrayal of the Native American’s in “Red River” is significantly improved since 1939’s “Stagecoach,” as here, Native men are seen socializing at the saloon, gambling with the other cowboys, and many of the altercations throughout were between cowboys, avoiding the predictable us vs. them approach, where the American Indians were consistently the savage villain. Though, there is still an introductory scene that involves an “Indian” attack, which fails to depict the details of any specific tribe that would have existed in that area. Films like this generalized the Native American culture as all dressing with fringe and feathers, dwelling in tipi’s, and shooting bow and arrows.

All in all, “Red River” is a grandiose epic, a classic Western, a historical cinematic masterpiece and one of Howard Hawk’s best. Originally based on the novel by Borden Chase, “Red River: Blazing Guns On The Chisholm Trail,” it went on to receive two Academy Award nominations, was selected for preservation in the United States National Film Registry by the Library of Congress, and is considered by the American Film Institute as the 5th greatest Western of all time.