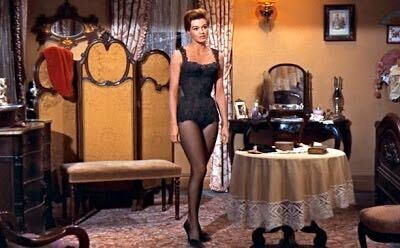 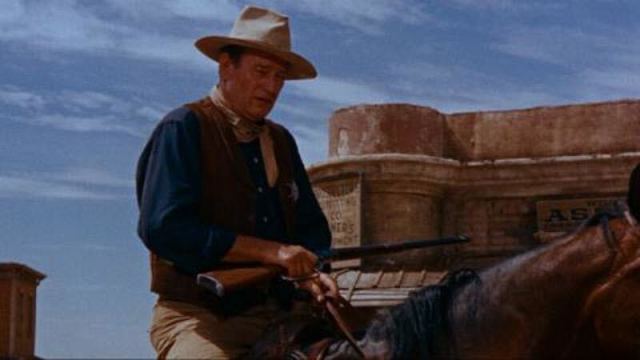 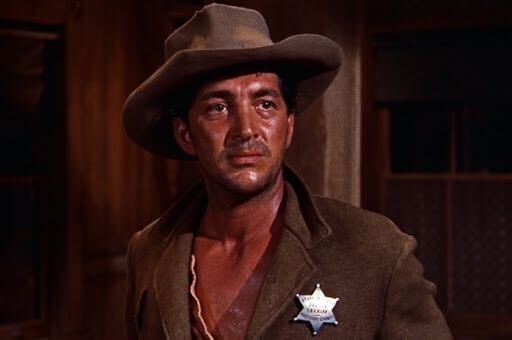 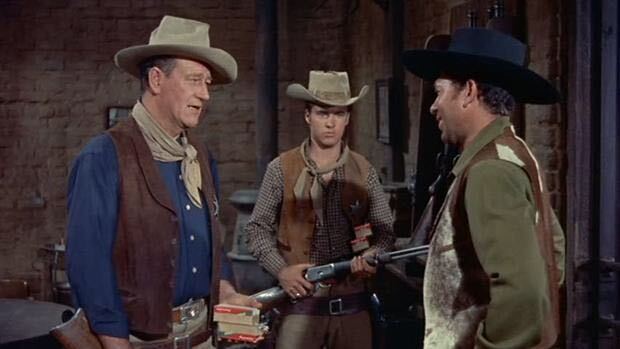 An easy, to-go, go-to (especially for camping) Mexicano inspired treat is the Breakfast Burrito. This week, I will lend my favorite recipe for this delight which can be enjoyed in the morning as its namesake suggests, in the evening, or as a midday snack.

“Rio Bravo” (1959) is Howard Hawk’s second Western, an almost-decade later follow up from “Red River” (1948) which also starred John Wayne as the lead. This tells the story of a Sheriff named John T. Chance (Wayne) arrests murderous gunslinger Joe Burdette (Claude Akins) with the help of the town drunk, Dude (Dean Martin). As Burdette does not ride alone, it is only a matter of time before his posse comes to wreak havoc calling for his release, especially his brother, Nathan (the swaggering John Russell). To hold off the oncoming pressure from the Burdette boys, Chance enlists the help of Dude (also known as “Borrachón”) as well as prison guard  Stumpy (Walter Brennan) and the young hunky cowboy Colorado Ryan (Ricky Nelson). We also meet a glamorous and complicated woman named Feathers (Angie Dickenson) with the demeanor of a young, Southern Jackie O., who becomes a welcome distraction in Chance’s rough n’ tough lifestyle.

This film is simply fantastic. It is atmospheric and moody in all the right ways, stringing live music throughout the feature in the most effortless way, and using choreographed cinematic shots to elevate otherwise typical dialogue. It delightfully avoids relying on the participation of Natives (or non-Native actors playing Natives) to depict a problematic narrative and delivers a straight-forward, easily understood story line with a great deal of flare.

Brennan’s Stumpy is bordering over-the-top, and Wayne is far too unappealing and stoic to properly convince me that he could effortlessly score the heart of a young Dickenson, but these details are easy to overlook. The best part of this film is Dean Martin’s performance as Dude. Not only do we get a collection of quotable lines that take on a new meaning in the modern vernacular (“Hey Dude! How do you like them apples?” making it sound borderline like it should be more fitting for 1993’s “Dazed and Confused”) , but we also get a myriad of sing-a-longs. In one soul-stirring performance, Martin lays resting on a hay barrel and pipes “My Rifle, My Pony, and Me” without missing a note, despite laying horizontal.

The film would also be much less endearing without Angie Dickinson, whose film debut only occurred three years prior to this in 1956’s “Gun the Man Down,” but whose performance here landed her the Golden Globe for New Star of the Year. Subverting our expectations for a quintessential beauty like Angie, her character is a nervous talker, a sloppy drunk and a tad insecure, making her all the more likable. In one scene, Feathers pulls a classic Thirst-Trap and dons a risqué negligee with criminally seductive black tights, and then asks Chance to beg her not to wear the look for anyone but him. Well-played, girl, well-played.

“Rio Bravo” is one of the most enjoyable Westerns of the series thus far, weaving together comedy, romance, action and drama in an evenly threaded mixture. Hawks has experience making beloved films, and this is no outlier. With the same slapstick fun as “Bringing Up Baby” (1938), “His Girl Friday” (1940) and “The Big Sleep” (1946) that came before, “Rio Bravo” stands the test of time and exists as a light-hearted, easily re-watchable accompaniment in Western cinema.