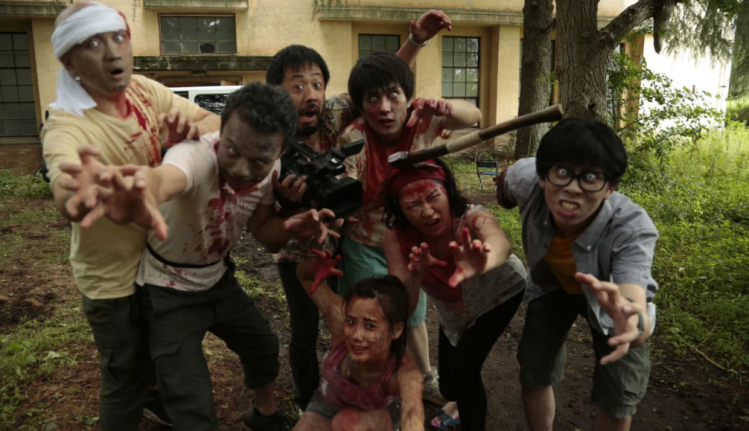 Food: I got the opportunity to try a new spot closer to midtown that is more upscale and unique than my usual options, but it was well worth it. This Korean restaurant called Atoboy‘s greatest selling point is that it uses a prix-fix menu (set price) of $46, which includes three courses where you are directed to choose something from each section. My friend and I opted to split everything. I ordered a glass of red wine (Les Copains D’Abord, Grolleau). It was really tanin heavy and not my favorite. They offered a small number of complimentary seaweed chips to start which was tasty. To start, we ordered the Yellowtail (made with Kombucha dressing, Gim, & Radish). This was absolutely delicious. It was served in 5 small pieces, and the combination of flavors was really fresh and the added garnishes helped give it enough crunch to offset the Yellowtail texture. Next, we got the Sunchoke (Oyster mushroom, Black truffle and Orange). If you like mushroom and truffle flavors, this was a perfect combination of flavors. Warm and savory. I could have eaten the entire thing myself. As our third dish, we decided to get the Octopus (served with mango, mojo verde and fermented dubu). I love octopus, but this had an almost BBQ flare to it, which my friend loved, but I did not as much. I could only enjoy a few bites. Lastly, we went all out and decided to get dessert too. We shared the Sujeonggwa Granita with Burrata and walnut which was incredible. It was cold and sweet, tasting a bit like cinnamon. I definitely recommend this place if you are looking for a fine dining experience.

Film: This film has been around since 2017, but did not make a theatrical release in the US for two more year. “One Cut of the Dead” is a Japanese zombie movie that is without a doubt unlike anything else in this genre. It is difficult to write about this one without giving too much away, but I will do my best.

The plot is that a film crew is making a low budget zombie movie in an abandoned warehouse when they are attacked by actual zombies. Hirugashi (Takayuki Hamatsu) is the director of the movie they are making, and he quickly sees this as an opportunity to capitalize on the realism of the moment, frequently shouting “There is no fiction, no lies! This is reality!”

Initially, the audience is basically put through 30+ minutes of a very D level, poorly made zombie flick that feels like a parody and it’s all one cut only (hence the title). It is funny, but by no means does it feel worth watching. It will feel long and you will think you are in the wrong movie. You may think, “Really? Is this what everyone was raving about?!” Stick with it. You will be happy you did.

What follows that beginning portion is an unfolding “nesting-doll extravaganza” as one critic called it. Shinichiro Ueda, the actual director, put together something with a creative narrative that continues to build on itself, and it becomes more and more hilarious up until the end. With meta self-referential humor and incredibly well-planned out orchestration of every scene, this movie is absolutely brilliant.

Some might say that the payoff at the end of “One Cut of the Dead” is not good enough to warrant such a drawn-out, belabored set-up, but all I will say is to have zero expectations going in and just enjoy the ride.