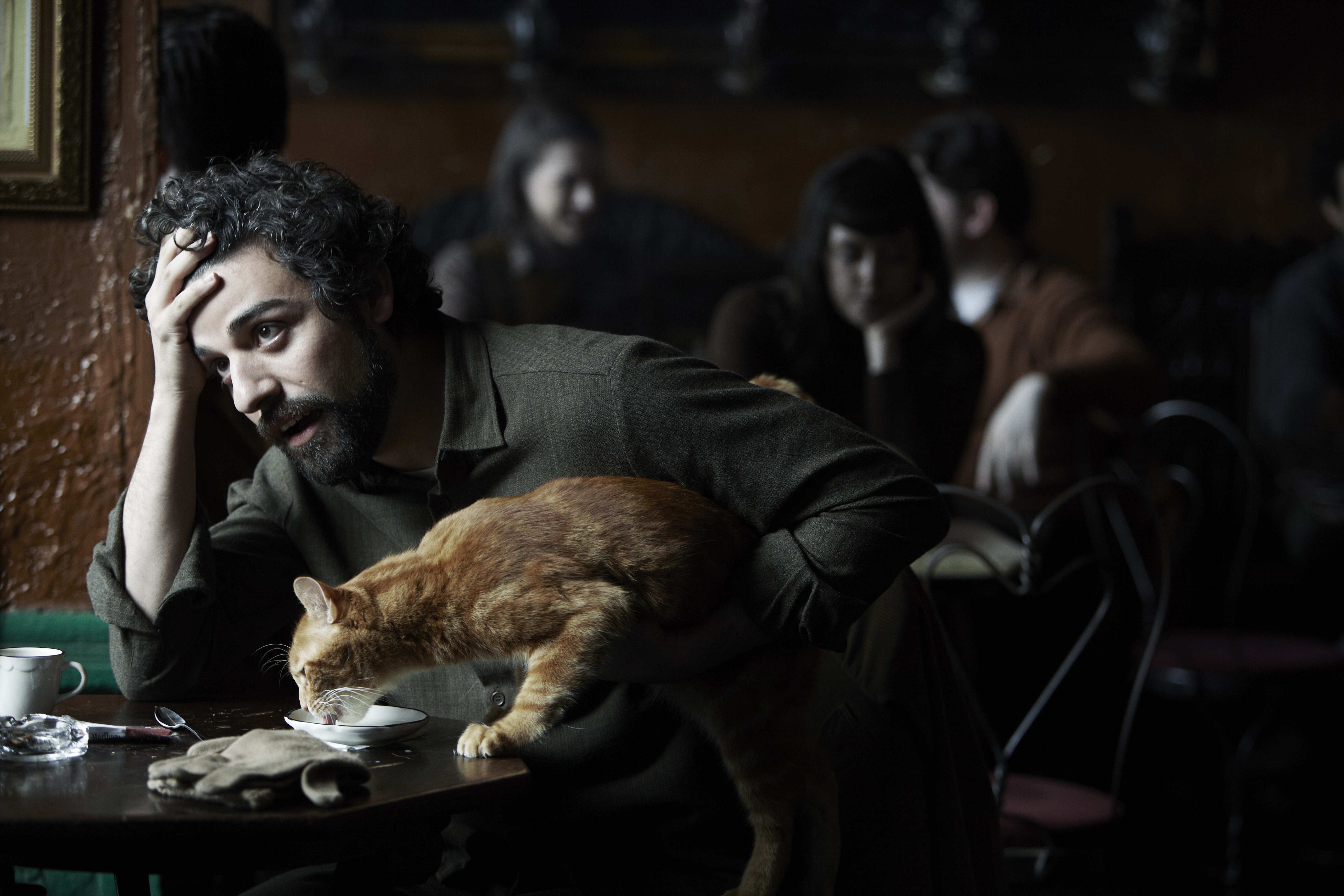 Food: This week I finally tried B&H Kosher Dairy Restaurant, which is a small hole in the wall Yiddish diner in the East Village that has been around since the 1940’s. There is a bar which exposes the kitchen, where one chef makes the best of Yiddish comfort food, including latkes, knishes, challah French toast, blintzes, matzoh brei and plump pierogis, as well as American greasy staples (omelettes, grilled cheese, home fries). I ordered a spinach omelette with a bagel on the side (and it came with a pile of home fries). My friend got the egg sandwich on challah bread (the better choice & what I intend to get next time) and potato pancakes. The staff is a well-oiled machine, refilling the water and coffee before it ever got fully empty and was friendly with every customer.

Film: An odyssey of a lonely musician and a cat, “Inside Llewyn Davis” immerses us into 1960’s New York, specifically Greenwich Village, into the folk scene. Through wintry imagery, we see Llewyn (Oscar Isaac) as he couch surfs his local circuit of friends who will let him, and faces one disappointment after another. It is shot in a cold color palette to reflect his isolation.

It is clear right off the bat that Llewyn Davis is a bit of a mess. We meet Carey Mulligan’s unbridled character, Jean Berkey, and she begins to vigorously lecture him. At first, it seems that she is over the top or irritable, but as the story goes on, she becomes a barometer for the emotional toll he takes on others. She is sort of the anchor in his story as well as a point of entry for the audience to relate.

Some writers have reacted to this film by describing it as one of the Coen brothers most subversive pieces, largely because it wavers on ideas about “selling out” in the art world, the difference between living and simply existing, and what makes a worthwhile life. Llewyn is an artist who sticks to his guns in terms of his music, and his passion is evident, and his lifestyle is juxtaposed with the lives of his friends who chose to create music that is more accessible, and more monetarily prosperous, or with his sister who is a homemaker. He views these characters with disdain, despite the fact that he is relying on them for a place to sleep.

Further, Llewyn Davis is one of those unlikable characters that the audience still wants to see succeed. He wears a complacent attitude and abuses the kindness of others, but there is a vulnerability that comes through every time he sings one of his songs, and it peels back those harsher layers, allowing a suffering, honest soul to come through, even if just briefly. These moments are powerful enough to carry the film.

Without going too deeply, as this idea could be fleshed out in a whole essay of its own, the songs throughout the film also tend to reflect the state of Llewyn’s life in those moments. “The Death Of Queen Jane” is a story about how the Queen wants to cut her baby out of her, but everyone is reluctant, and in the end the King is doomed either way. It insinuates that if the baby lives, the Queen dies, which could also mean the death of a previous life. “Hang Me Oh Hang Me” is a harrowing song about how escaping the cruelties of life through death may not lead to a better outcome on the other side, which contemplates his sadness over the loss of his musical partner. At another moment in the film, he plays “The Shoals Of Herring” for his father which echos his fathers life as a sailor spent laboring to pay for his family.

The film is primarily about Llewyn Davis’ journey of self-destruction. “I’m tired. I’m so fuckin’ tired. I thought I just needed a night’s sleep, but it’s more than that,” he says. The entire film consists only over the course of a week, and the ending is the beginning. He has been in this boat before, and his problems are not being resolved, they are just recurring. He is a man who refuses to break toxic cycles, despite having better options. The toxic cycle is a source of comfort and control, even if the cycle is unhealthy. Further, there is a cat, Ulysses, that is used to cleverly to echo Llewyn’s cyclical journey of being lost and found.

This is said to be one of the Coen brothers (Ethan and Joel Coen) best films, which has a lot of merit. “Inside Llewyn Davis” is brilliant. There are so many excellent characters. One in particular is Jon Goodman’s Roland Turner is a hilariously written, horrible character. I almost spit out my drink with half of the things he said. As is typical with most of the Coen brothers films, the characters are so unique and amusing, it elevates the story with humor in a way that is memorable. And finally, Oscar Isaac needs to star in more movies of his own – he is sensational.