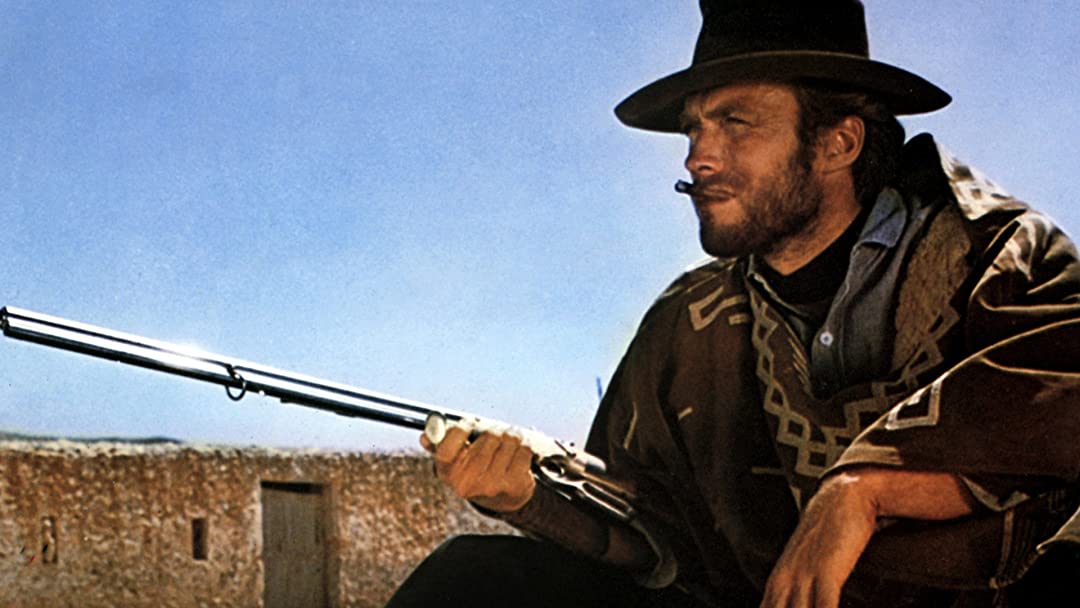 For this weeks Spaghetti Western, as an homage to the Italian filmmakers who made this next feature, I am going to describe a delicious pasta recipe, Brown Butter Rigatoni (with Asparagus, Walnuts & Lemony Ricotta). Recipe from HelloFresh.

“For A Few Dollars More” ‘Per qualche dollaro in più’ (1965) was directed by Sergio Leone, as the second in his “Dollars Trilogy” – which began with “A Fistful of Dollars.” This is another Leone Spaghetti Western starring a young Clint Eastwood as The Man With No Name and music composed by Ennio Morricone – solidifying them as an iconic trio. This film also stars Lee Van Cleef, propelling him into stardom, and allowing him to return for what became the most well-known piece of the series, “The Good, The Bad & The Ugly” (1966).

In the town of El Paso, there sits the most impregnable bank – the kind of place that no one would break into, the place where “only a mad man” would try. That is where two bounty hunters, the man many call Manco (Clint Eastwood) and a former army officer, Colonel Douglas Mortimer (scene stealing Lee Van Cleef), find themselves suspecting that ruthless outlaw “El Indio” (Gian Maria Volontè) is likely to hit up next. In order to capture him, they end up teaming up together and infiltrating his gang, and the story plays out in a thrilling series of hi-jinks, elevated with an operatic flare.

Massimo Dallamano brings back his magnetic eye for photography (as he was the cinematographer for “A Fistful of Dollars” as well), and creates a moody air, drawing out each and every scene with a focus on the tension, the sweat, the dirt, smoke, leather and smirk. When the two leads, Manco and Mortimer, first confront each other, for example, it is one of the most iconic scenes in all of cinema. They size each other up, scuffing each others boots, shooting each others hats. It plays out like a secret handshake, until they are eventually sharing a bottle of whiskey.

Leone solidifies his villain in this film as truly abhorrent – a choice that the big name Westerns had yet to do to this extent prior. Initially, and like most other Westerns, “El Indio” is just a name on a Wanted poster. He is a bank robber. He is maniacal. However, right before the climax towards the end, we learn that he is much darker and unforgivable than we thought. In a difficult scene where El Indio reminiscences on his attack on a young couple in their bedroom, the events play out relatively clean seen with a modern perspective, considering the type of violence that is allowed on screen decades later. However, at the time, it is a type of violence, sexual violence, that is often avoided, only alluded to, in cinema.

Cleverly and under Sergio Leone’s direction, Ennio Morricone constructs the final sequence of music around a key prop in the film: a couplet of identical pocketwatches that are pilfered and passed around between various characters throughout the film. In the end, we learn the significance of the pocketwatch from Mortimer in a soft-pedalled reveal, before riding off into the sunset. Van Cleef’s Mortimer, overall, becomes his own memorable character, perfectly complimenting the blue-eyed Manco that Eastwood had already made waves playing. Due to Van Cleef’s alluring portrayal, this role catapulted him quickly into stardom, after working in the industry since the early 1950s (almost 20 years prior).

At the time of its Italian release, December 1965, “For A Few Dollars More” proved to be even more commercially successful than its predecessor. By 1967, the film became the highest-grossing film in Italy. In the United States, the film debuted on 10 May 1967, four months after the release of the first, grossing $5 million. Many consider this to be one of the films that changed the perception of one who makes a career out of being a bounty hunter, from not particularly respectable to that of a hero. In a retrospective review of the Dollars Trilogy, Paul Martinovic of Den of Geek said, “For A Few Dollars More is often overlooked in the trilogy, awkwardly sandwiched between both the original film and the best-known, but it’s a stunning film in its own right.” It really is a fantastic piece of cinema, within the trilogy, and stand alone – especially in emblazoning in our minds the development of an unlikely friendship between two valiant and mysterious desperadoes.