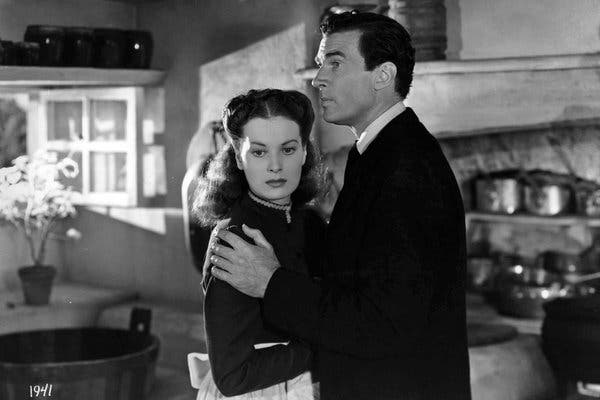 I highly recommend signing up for the program and following their full recipes if you are new to cooking (like me – even though I literally blog about it, I know), but I will give the main pointers here:

“Stagecoach” (1939) is one of America’s first great Westerns, and is one of the many Westerns that director John Ford shot in the famed Monument Valley in the red-sand desert region on the Arizona-Utah border, known for its large sandstone buttes of Monument Valley Navajo Tribal Park. The film also starred John Wayne, who made his breakthrough debut in “The Great Trail” in 1930, and boosted his career as one of the top box office draws for three decades, made famous for his roles in this genre.

The film follows what would happen when nine strangers from different walks of life must band together on the dangerous journey across the wild west through the dangerous Apache territory. It is the classic “Cowboy vs. Indians” story, and like most Westerns of that era, the depiction of Native Americans was distasteful: showing them as simple, savage and villainous and perpetuating decades of racism that fed that stereotype. Nonetheless, the film was deemed”culturally, historically, or aesthetically significant” by the United States Library of Congress and selected for preservation in their National Film Registry in 1995, 56 years later.

There are some profound moments, specifically due to the fact that Ford commented heavily on class differences, utilizing the various backgrounds of the characters to illustrate the hierarchy of American “caste” system. Further, he used expressive camera-work which influenced filmmaking that followed, such as the dynamic zoom-rush toward John Wayne upon introduction.

The film begins in June of 1880 (nearly 60 years prior to its release) in Tonto, Arizona, where a group of miscellaneous travelers board a Stagecoach heading west. Stagecoaches were four-wheeled buggy’s made available to the public for paying passengers with light luggage, who need to make a journey long enough that a change of horses is needed. The group of characters included Dallas (Claire Trevor), a young prostitute driven out of town by what was called the “Law and Order League,” Doc Boone (Thomas Mitchell), an alcoholic, Mrs. Lucy Mallory (Louise Platt), a pregnant wife en route to join her cavalry officer husband, whiskey salesman Samuel Peacock (Donald Meek),  the Stagecoach driver Buck (Andy Devine), local Marshal Curley Wilcox (George Bancroft) who is asked to join for protection, and fugitive Ringo Kid (John Wayne) who is on the run and seeking vengeance on those who killed his father and brother – the Plummer family. The crew is also joined by gambler and Southern gentleman Hatfield (John Carradine), who sees Mrs. Mallory’s distress and climbs aboard to protect her, and an embezzling banker Henry Gatewood (Berton Churchill) who is absconding with money from his bank.

The various ways in which these uniquely separated characters come together in times of need is both heartwarming, humorous and profound. John Ford excellently captures the emotion and drama with his filmmaking techniques, once claiming, “the main thing about directing is: photograph the people’s eyes.” He does this often, helping to insinuate growing relations between the characters, and also finds moments to create sophisticated and stylized shots that feel memorable even while watching, such as the scene where we witness a moonlit proposal.

Entertaining and iconic in many ways, “Stagecoach” paved the way for a genre of American cinema that also widely influenced culture for decades. As all the characters must come to reconcile with their past mistakes and choose how to move forward to secure a better future, the film is touching and well-executed. “Well, there are some things a man just can’t run away from,” says Ringo Kid. But we are certainly going to watch them all try.