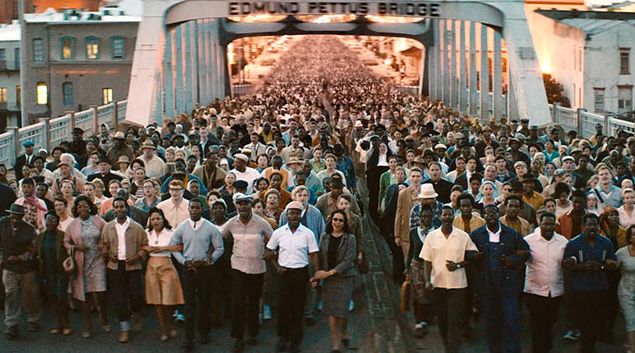 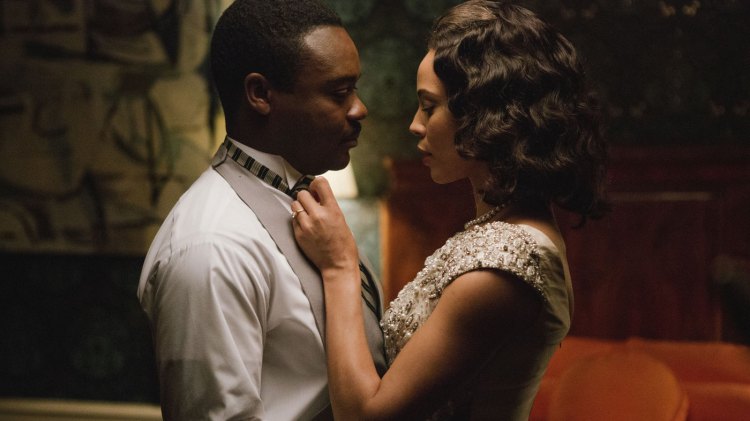 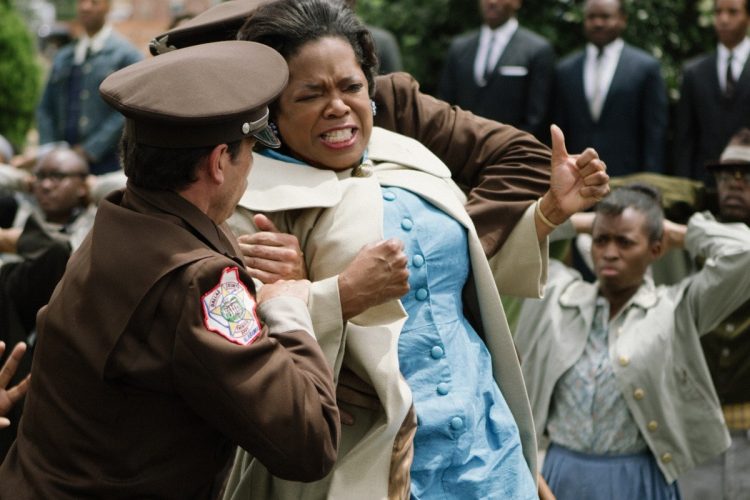 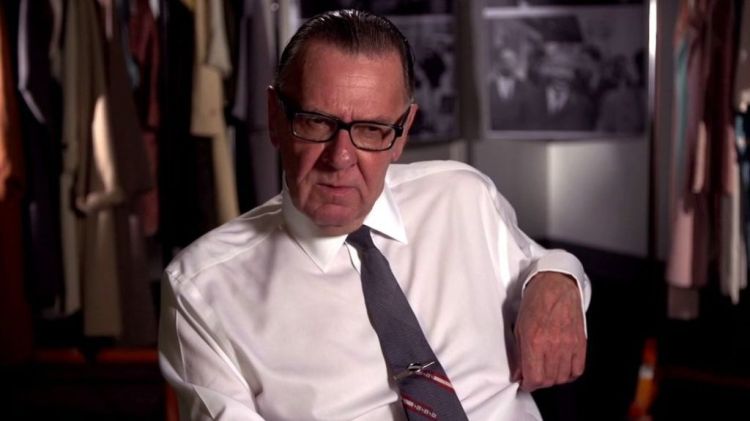 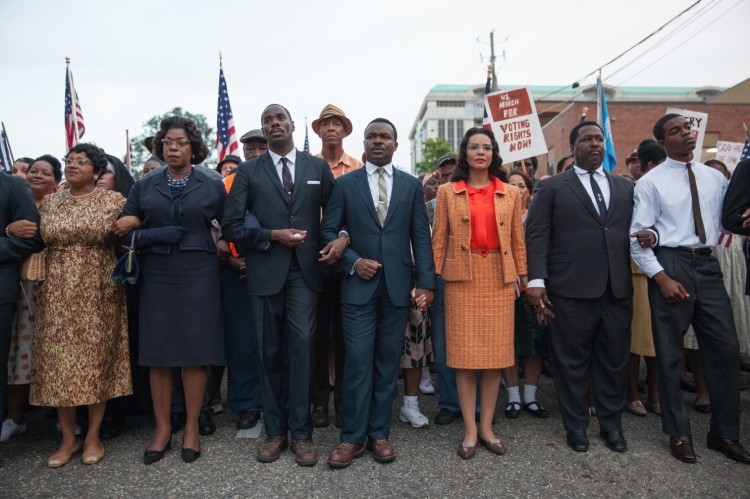 Reviews:
“The long-time “upscale” restaurant for Selma is praised locally for its steaks (solid choices but there are better places within the Black Belt). My preference are for the shrimp and/or chicken pasta and/or rice dishes. Here you have tantalizing sauces with very fresh prepared shrimp and chicken slices. Really rich and filling.”
“Home grown and home owned. A restaurant in a log cabin with good food and true southern hospitality. Definitely worth the stop.”
“Very good meal at a reasonable cost. Outstanding service. Hope they can stay I business till I can bring my date for dinner.”
“Avant-garde meets tradition. Whether you want steak, chicken, seafood, pork, or even if you’re vegan, the Ho can fix you up nicely.”

“Selma” (2014) directed by Ana DuVernay looks closely at a moment in history that changed the world forever when a crowd of brave citizens marched from Selma to Montgomery, Alabama in protest of the deeply entrenched racist policies that prevented black equality, especially when it came to the power of the vote in a supposed democracy, in 1965.

In post-segregation Southern America, discrimination was so prevalent, it prevented black men and women from securing the right to vote – as the introductory scene in this film demonstrates. A black woman, Annie Lee Cooper (played by the Oprah Winfrey), goes for the second time to receive her voter identification card after filling out all the appropriate paperwork. When she delivers it to the office worker, he immediately accuses her of “making trouble,” then condescendingly asks her to recite the preamble. When she does, he asks her to further prove her competency by telling him how many elected officials represent the state of Alabama. When she does, he finally stumps her: “Name them.” Her head drops, and she quietly walks away. She was never going to receive that voter card.

This is a fantastic film, that avoids being a typical biopic or predictable drama, despite the fact that the plot has been taught in classrooms across America since elementary school, specifically in relation to Dr. Martin Luther King Jr. While the US education system celebrates his achievements, the curriculum often breezes pasts the risks involved in the movement he led. DuVernay does not sensationalize the story, but illustrates truthfully what black Americans were up against in the South in the 1960’s, and it was not pretty. Dr. King (an uncanny David Oyelowo) had power. He was a preacher with a large following and had the respect of the President of the United States, Lyndon B. Johnson (played by Tom Wilkinson), but he was not immune to the threat. As a pacifist, he struggled deeply with the risk of violence he was inciting with the protests that were happening, and the film thoughtfully explores that. However, when four black girls are murdered by a bomb set off by the Ku Klux Klan in Birmingham, Dr. King’s conviction for change, and for blacks to be able to vote “unencumbered” is too strong to ignore. Waiting is no longer an option when black children are murdered and their killers roam free.

The film grounds itself in its titular location, focusing primarily on the work that was done there, instead of attempting to sufficiently summarize the whole of the Civil Rights Movement or Dr. King’s life. Using time stamps from the historical logs of Dr. King’s whereabouts, we see as he travels to Selma, Alabama with his team: Ralph Abernathy (Colman Domingo), Andrew Young (André Holland), James Orange (Omar Dorsey), and Diane Nash (Tessa Thompson), where they meet with James Bevel (Common) of the Southern Christian Leadership Conference, and begin to discuss their strategy. The peaceful protests are met with hostility and disruption that eventually results in a young man named Jimmie Lee Jackson (the ever impressive Lakeith Stanfield) being gunned down by local sheriffs. It is despicable and shocking. It is difficult to watch. As Dr. King articulates to his grieving father, Cager Lee (Henry G. Sanders), “God was the first to cry.”

Following this tragedy, Dr. King ignites a movement. In a resounding speech, he begs the question, “Who murdered Jimmie Lee Jackson?” and follows with, “Every white lawman who abuses the law to terrorize. Every white politician who feeds on prejudice and hatred. Every white preacher who preaches the Bible and stays silent before his white congregation. Who murdered Jimmie Lee Jackson? Every Negro man and woman who stands by without joining this fight as their brothers and sisters are brutalized, humiliated, and ripped from this Earth.” Dr. King and his wife, Coretta (Carmen Ejogo), endure threats from the FBI, including J. Edgar Hoover (Dylan Baker) who famously reports King to the President, and works to cause strife in his marriage.

Director Ana DuVernay (known more recently for putting out the brilliantly executed Netflix documentary “13th,” which illustrates the police brutality and systemic racism constructed intentionally into the laws of America), tells the story of the protests in Selma, Alabama that eventually lead to the end of voter suppression against blacks in the United States, led by Dr. Martin Luther King Jr. in 1965. She keeps a razor sharp focus on the failures of white legislators to address startling inequality sooner and the belligerent violence carried out by the sheriffs against the unarmed protesters, refusing to let anyone watching this think for a second that the issues faced in the 1960’s don’t directly mirror what is erupting in society today, six decades later.

However, it is worth acknowledging the controversy around some of the facts portrayed in the film. Many former President Lyndon B. Johnson loyalists expressed concern over the way that the film insinuated conflict between the two leaders, when some say that the protests in Selma were actually LBJ’s idea. Further, due to strict copyright law surrounding the messages of Martin Luther King Jr., the film was not allowed permission to use his speeches verbatim, so fans will notice deliberate discrepancies between the words spoken by Oyelowo in the film, and the words of Dr. King himself. Even so, much of the story was constructed (by DuVernay with the help of screenwriter Paul Webb) around many of Dr. King’s famously profound statements, which they were required to paraphrase.

History purists might put up a fight, and rightly so, but the film, “Selma” captures the substance of the story with eloquence and power. Thanks to the work of the talented cinematographer Bradford Young (who also filmed “A Most Violent Year” around the same time), and a resonant soundtrack, the film is unforgettable. In one scene, Dr. King calls American gospel singer Mahalia Jackson to inspire him with a song, which is sung by the vocalist Ledisi, and she gives a soulful rendition of “Take My Hand, Precious Lord.” It received Oscar recognition for it’s song “Glory” (by John Legend, and the films actor Common), but the entire film is bolstered with commanding music, including the aptly named “Walk With Me” (Martha Bass), Otis Redding’s “Ole Man Trouble,” and several numbers composed by jazz musician Jason Moran specifically for the film.

This is no light undertaking being the first major biographical film feature about Martin Luther King, Jr., but Ana DuVernay has created an impressive piece of cinema that can just as well be used to educate generations about the structural racism that is used to oppress groups of people in a seemingly free and equal country. Relative newcomer, David Oyelowo takes on this iconic role with gumption and sincerity, so that he never feels like a caricature or an imitation, but instead, a vessel in the larger movement at play. “Selma” is well-paced and compelling, and must be seen (with tissues).