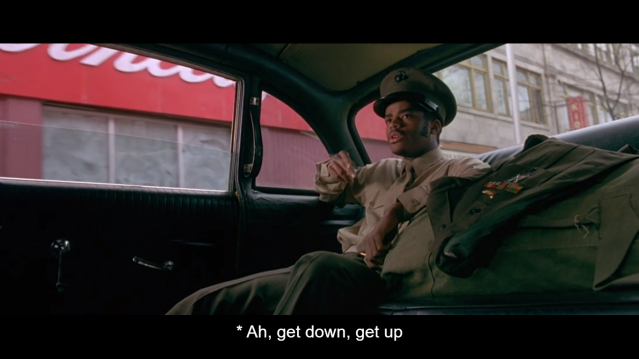 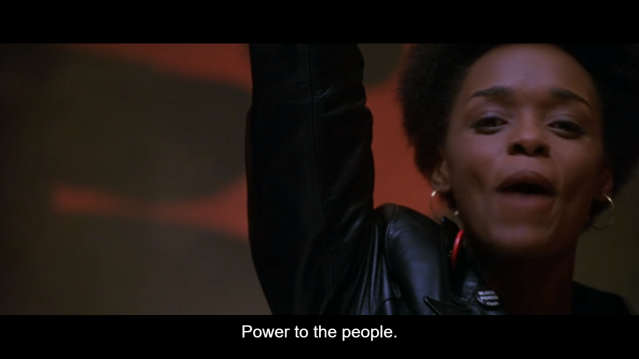 Reviews:
“All the food was delicious. I had the shrimp and grits and my friend had the red velvet chicken and waffles. We shared an order of Mac and cheese which was off the chain!”
“Soco DID NOT DISAPPOINT!”
“I’m not sure how much I can stress it but if you ever come to Soco, the Mac and Cheese is a MUST. It was so good I took some to go but nothing is as good as it coming out fresh and hot in the little cast iron skillet. The collard green have delicious as well with a little sweet kick to them. If you think the Popeyes Chicken sandwich is good, YOU HAVE TO TRY Soco’s Soul Fried Chicken Sandwich.
I can go on and on about my experience here but you have to try it for yourself.”

“Dead Presidents” (1995) is brothers Albert and Allen Hughes’ follow-up to their magnificent and cynical 1993 debut, “Menace ll Society,” where Larenz Tate gets the opportunity to show his dynamic acting chops, going from the reckless and more villainous O-Dog in Menace to the sweet-natured and innocent Anthony, the lead in Presidents.

This film, made in 1995, takes viewers back in time to the late 1960’s where Anthony Curtis (Tate) is graduating high school and contemplating his next steps in life. Around the dinner table one evening (with brief appearances by the now quickly recognized faces of the Grey’s Anatomy co-stars, Isaiah Washington and James Pickens Jr.), Anthony announces to his family that he will be enlisting in the Vietnam War instead of going to college. “I just want to do something different,” he defends himself.

After a brief romantic night with his love interest, Juanita (Rose Jackson), he’s joins the U.S. Army and is hurled into the horrors of the war across Vietnam, Laos, and Cambodia. With a close knit squadron, including his hometown friend Skip (Chris Tucker), they are forced, like all soldiers, to witness and commit atrocities that will have lasting effects on the psyche long after the war ends.

“Dead Presidents” focuses its attention on three major portions of Anthony’s life, reflecting on a range of topics, but what could also be said is that the film focuses on one main theme: the various forms of imprisonment for Black people in America. First, being used as fodder for the Vietnam War, the desperation of life in the inter-city streets where unemployment reigned, and incarceration. In the 1960’s, amidst the United States involvement in the Vietnam War, Time magazine journalist, and first black war correspondent on permanent duty, Wallace Terry, embarked on a project interviewing black soldiers. This project became a profound Time article titled: “The Negro in Vietnam” which came out as a cover story in 1969, and focused on the inability for Black Americans who had served in the war, to come back and adjust to a world where they were stripped of their rights. “They can’t face it,” one soldier said of his fellow men. These stories inspired Terry to publish his full coverage on the topic in a book called, “Bloods: An Oral History of the Vietnam War by Black Veterans” in 1984, where he included the story of Ari Merratazon (born Haywood Kirkland) who, upon arriving back to the States after serving in the war, ended up imprisoned for his role in the 1969 Washington D.C., heist of a mail truck carrying $382,000. This particular story is what became the foundation for “Dead Presidents.”

Most people who have not served in war can hardly imagine the trauma of that type of existence, and further, research shows that Black soldiers were given insufficient training and resources. Skip leans on “bad habits” (common for soldiers at the time) in the form of heroine. Another soldier attempts to take the head of one of his conquests along with him as a souvenir. Anthony casually mentions that he has a daughter back home with Juanita, and then in a powerful moment, follows it up with, “You know how I survived months in the bush Because I don’t think about the world, Skip. That shit don’t exist to me.  I don’t give a fuck about anything or anyone in it… because the minute I do, I’m a dead man out here, and you remember that shit.”

When Anthony makes it through the war, and enthusiastically returns home, he is quickly greeted with the onerous realities of city life. Due to the unpopularity of the war, many veterans returned to open hostility at worst and indifference at best. Anthony rejoins Juanita and his young daughter, but finds that it is near impossible to get a stable job. Statistics show that Vietnam veterans struggled to find work upon returning home, and according to a survey taken in the 1980s, the jobless rates of black veterans and nonveterans were both around 9%, more than twice that of white veterans which was at 4.3%. Posttraumatic stress disorder, known as PTSD, had not yet been recognized by medical institutions, but a 1990 study showed that it occurred in Black communities at a disproportionately high rate. Desperate veterans turned to the U.S. Department of Veterans Affairs for help and were denied basic disability claims. Throughout the years, studies discovered that the VA unlawfully turned away thousands of vulnerable veterans, often as a result of color discrimination. It was such an apparent gap that in 1979, a man named Job Mashariki co-founded the Black Veterans for Social Justice which aimed to provide emotional, medical and employment-based support, saying, “we had to come together to empower ourselves.”

To make matters worse, the soldiers came home to President Nixon’s 1969 “Benign Neglect” policy, which was designed to ease racial tensions during the Civil Rights Movement, but was heavily criticized for encouraging the abandonment of urban neighborhoods, particularly with a majority black population. This policy was defined as “ignoring an often delicate or undesirable situation that one is held to be responsible for dealing with” and existed in the United States in the form of “municipal disinvestment” in which the urban planning committees purposely abandon or neglect an area.

Like the Hughes brothers previous film, “Menace II Society,” “Dead Presidents” similarly reflects on these societal issues through observation and storytelling, never preaching. With the charming and grounded performance of Tate as Anthony, viewers are in his court from start to finish, and the difficulties he faces are felt and perceived and fleshed out moment to moment. As the frustrations of this type of inequality, and the inability to solve it, bubbles over, the audience understands why.

Eventually, Anthony compiles a team of equally thwarted companions and begins to plan a solution. He intends to plan a robbery. He brings together Skip, their childhood friend Jose (Freddy Rodriguez), Cleon, a fellow vet-now preacher (Bokeem Woodbine), and Delilah (N’Bushe Wright), Juanita’s younger sister who is now an outspoken member of the Nat Turner Cadre – a revolutionary communist militant group. They decide to rob an armored car making a stop at the Noble Street Federal Reserve Bank in the Bronx while disguised in face paint.

The face paint used for this scene was used as the films primary marketing tactic and became its greatest legacy. White face paint with raccoon-like black circles around the eyes, the face paint resembles the face paint worn by folks pictured in 1971 at a protest for Black veterans against Vietnam. There is no question that the Hughes brothers are connecting the dots here. Originally, the marketing for the film relied on the usage of the song Kool & the Gang’s ‘Jungle Boogie,’ but according to the director duo, they shared this idea with another fellow director, who ended up using the same song in his marketing scheme for his Oscar-winning film that same year, forcing them to get creative and come up with something else. (Though they never named said director, it is worth noting that Quentin Tarantino used this song in the trailer for “Pulp Fiction” which was nominated for seven Academy Awards). However, it worked out for the best because the heavy focus on the face paint during the release of the film, which also happened to be around the popular holiday of Halloween, prompted a massive interest in the film, which led to an instant cultural impact. The face paint lives on as the films greatest legacy, making a recent appearance in 2015 when celebrity fighter, Floyd Mayweather, donned the costume for Halloween.

The story of “Dead Presidents” is the story of three different types of incarceration for Blacks in America during this period of time. Following Anthony Curtis through 1969 to 1973, viewers are exposed to those three different forms of oppression felt by Black communities through one single (remarkably – mostly true) story. While attempting to escape, he is confined to a life of war – violent, lonely, horrifying. Upon returning home, he faces the discrimination, neglect, poverty and unrest that is the urban streets of America – while Black communities fight for basic human liberties from the same country he risked his life to defend. And in a heartbreaking finale, he accepts an absurdly weighted sentence in prison, where he will be formally stripped of all freedom and enslaved in every possible way.

Allen Hughes described the soldiers whom he based these characters off, and it is clear that “Dead Presidents” is the story of “dead men roaming the earth on borrowed time… the desperation of people stripped of their humanity by the war, and the ghosts they became during the aftermath.” In the end, Anthony pleads, “I had to do what I had to do to survive” and your heart breaks because you know it is true.