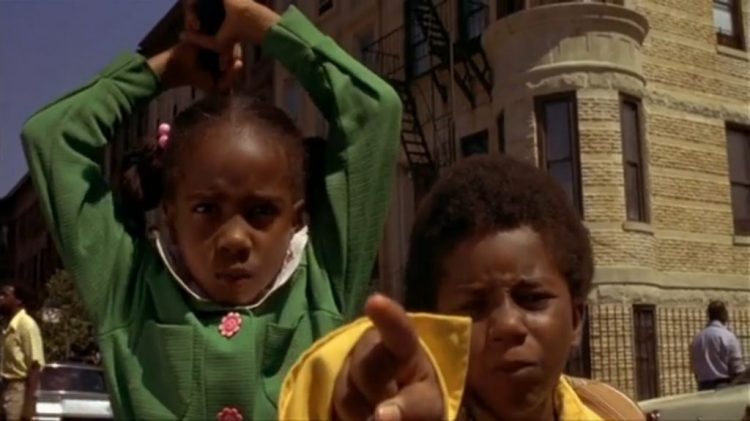 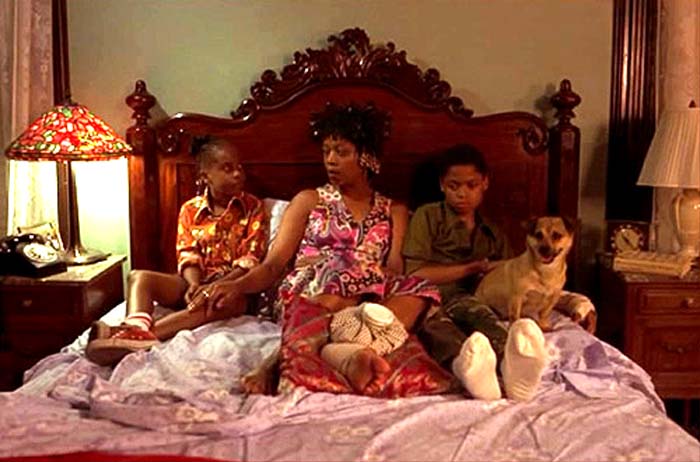 “Crooklyn” (1994) is another “Spike Lee joint,” and this one he wrote with his siblings, but it was primarily the baby of his sister Joie Lee. She wrote this coming of age tale, loosely based off of the memories of their shared childhood, and it stars a young girl named Troy (Zelda Harris) growing up in a house full of brothers in Brooklyn, New York in the seventies.

Troy’s father, Woody (Delroy Lindo), is a musician, who is working on making a more serious solo music, at the risk of making far less money than when he was working in pop. Her mother, Carolyn (Alfre Woodard), exhausts herself with arguments with the children and her husband, but is beloved by the household.

Much of the film trails the easy going summer days in the Brooklyn neighborhood where the kids play double dutch or stratospheric baseball in the street while the adults play dominoes and bicker about rent. However, midway through the film, Troy is sent to south Virginia to visit her relatives for the summer, and for a city girl, wide spread suburbia feels like visiting another planet. Lee makes an experimental, technical decision to illustrate this, and while it makes sense in hindsight, it does not translate incredibly well. Upon initial arrival in Virginia, Lee switches the wide lens for a squeezed format, making it seem like a mistake. However, this is a deliberate choice which brings hyper-focus to the new environment piece by piece, from the floral dresses to the opulent furniture.

The specificity included in the small moments throughout this film made it accessible to any audience, like not wanting to finish your peas or watching television with your siblings. There was a poignant element of the film that resonates with young Black women everywhere, when going down south, her Aunt Song expresses dislike for her and her mothers braids with beads in them. When given the opportunity, she irons out Troy’s hair with a hot comb.

Magnificently, there are also plenty of scenes where the children are nurtured and reared by the community, by the neighborhood, without the consequences ever escalating to a violent or dangerous place – like we have seen in other films. What if when a kid was caught shoplifting, they were sternly reprimanded and warned to only come back with money?

The final portion of the piece is heavier. Woody Carmichael brings a sense of empathy and weight which grounds all of the characters and solidifies the family dynamics that were woven in from the start. The film has been described by those who wrote it as a film about memory. There is something unique about how memories are driven by a feeling more than an event or a piece of dialogue, and “Crooklyn” perfectly masters the nostalgia of being a kid and seeing everything through that space.  On Zelda Harris, Joie Harris said, “She wasn’t actor-y. She was natural, she was organic, she was real,” Joie said. “She was eight years old, but had a certain type of wisdom. She just had that it factor. I was blown away by this little girl.”

Magnificently, there are also plenty of scenes where the children are nurtured and reared by the community, by the neighborhood, without the consequences ever escalating to a violent or dangerous place – like we have seen in other films. What if when a kid was caught shoplifting, they were sternly reprimanded and warned to only come back with money? “Crooklyn” is a story that softly paints a picture about the streets of Brooklyn’s potential, which is notably different than it’s reality. One of Lee’s more subtle films, and a triumph for the team of writers, Cinque, Spike and especially Joie Lee.