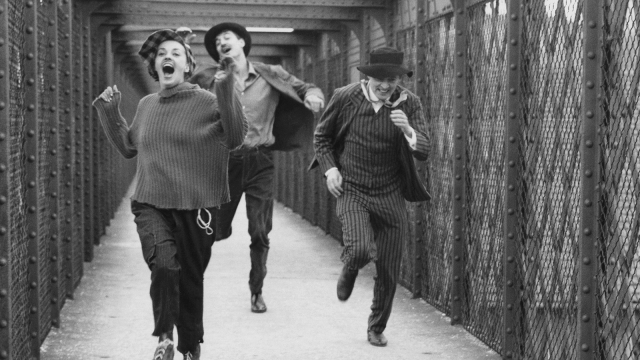 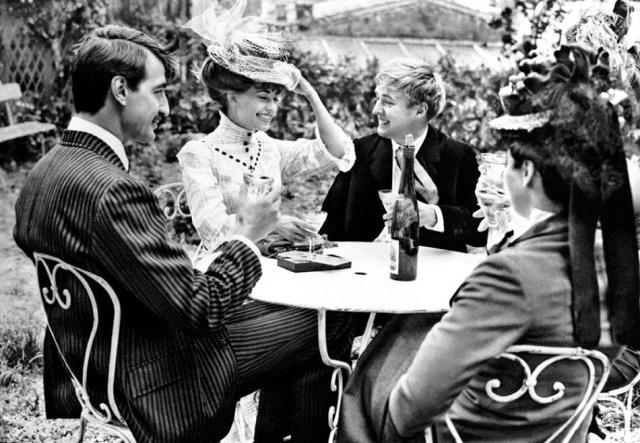 Food: This week I made Cauliflower Fried Rice which was the perfect comfort food to enjoy throughout the week. To prepare, you will need: cauliflower rice, 2 eggs, vegetable oil, soy sauce, honey, carrots, onions, garlic, frozen peas, and whatever other seasoning you would like. In a large sauce pan, you spread out the oil, and place the frozen peas in. I steamed the sliced carrots because I prefer them softer. Slice one garlic glove and slice one onion. Place those in the pan with the frozen peas. Add the carrots when warmed. Move ingredients to the side of the pan, and add the two eggs. Scramble. Afterward, add all the cauliflower rice and cook until warm. In the end, add a couple teaspoons of soy sauce mixed with a dollop of honey, and mix into the ingredients. Stir everything up. Serve warm. You can refrigerate leftovers for up to 3 days! Voila!

Film: “Jules and Jim” (1962) by François Truffaut is a strange and lively masterpiece. Following a duo of friends, a fair haired Austrian Jules (Oskar Werner) and a tall eccentric Frenchman Jim (Henri Serre) who while enjoying the carefree days prior to World War I, meet Catherine (Jeanne Moreau) and their lives are irreversibly changed. Both men fall for her free-spirit and an odd trio is born.

Jules ends up winning her heart, and the two of them marry. Meanwhile, both men are forced to fight against each other in the war. When they return, the world has changed, they were shaken by their experiences, and Jules and Catherine have a child, but the three friends find that they can pick up right where they left. After some time spent in the Austrian countryside, Catherine confides in Jim that her marriage with Jules is over, and it is him she loves instead. The two of them begin a relationship next (with Jules’ consent). Catherine teeters back and forth between the men in her life, never attempting to sway her restlessness and manipulating these two men into oblivion.

Jules loves her unconditionally, desperate to be around her no matter how miserable she makes him. His devotion enables her behavior. Jim, however, subverts her expectations when, right on schedule, she gets bored and pushes him away. He responds to her cruelty with deference and walks away without a fight, which disrupts Catherine’s sense of self. I once heard this pattern of hers described as a “rebirthing process.” All three of them chase a version of life that they see in art – poetic, romantic, exciting. But reality, especially a healthy reality is often much more stale. Jules and Jim have accepted life in this way, but Catherine’s unsustainable chase for this version of the world births a monster out of her.  As Jules suspects at one point in the film, “I’m afraid she’ll never be happy on this earth. She’s a vision for all, perhaps not meant for any one man alone.”

Legend goes that the original novel “Jules and Jim”by  Henri-Pierre Roche (1879-1959), was written in Roche’s old age, but feels written by a young man because it describes a love triangle he actually experienced. The original of Catherine was still alive when the film was released. Her real name was Helen Hessel, she became a poet, and (Daria Galateria writes in the Bright Lights Film Journal) she attended the premiere incognito and then confessed, “I am the girl who leaped into the Seine out of spite, who married his dear, generous Jules, and who, yes, shot Jim.” Who knows what to make of this confession, but it certainly is intriguing.

In this film, Truffaut simply observes the unraveling friendship quietly and without judgment. It feels like a memory, with flawed characters. All of them are holding onto happiness or aching for it in all the wrong ways. The film approaches Catherine through the male gaze, but her flighty attention span and constant movement makes it impossible for viewers to linger on her features for too long. Truffaut utilizes inventive techniques that shaped the future of cinema, like the frenetic editing seen later in Scorsese’s films or how Wes Anderson makes adult films with child-like romanticism. “Jules and Jim” is masterful, driven by three central performances by Jeanne Moreau, Oskar Werner and Henri Serre. A beautifully human story with strokes of influential filmmaking, “Jules and Jim” feels fresh even after 60 years.