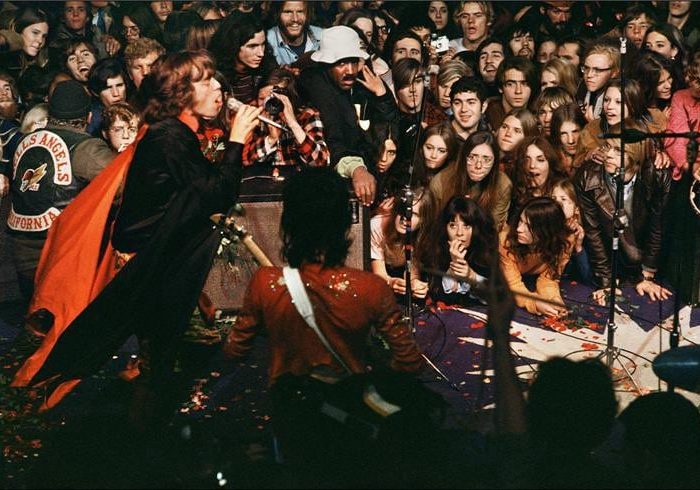 Food: When I was in San Juan, Puerto Rico with my friend, we went to a nearby spot called Alcapoca Taqueria Mexicana and snagged a spot on the outdoor patio. We split the elote which was absolutely amazing. I got the veggie taco, which was good, but not great. My friend got the chicken taco and loved it. I ordered a margarita and my friend got the Sol beer. I definitely recommend going here if you are in the Ocean Park Beach area.

Film: “Gimme Shelter” (1970) is a documentary that was made by Albert and David Maysles recalling the events surrounding a free concert by the Rolling Stones at the Altamont Speedway outside San Francisco in 1969. Spliced between showing the actual footage from the concert and the band reviewing that footage and reacting to it, the piece feels really authentic.

The 1960’s ended in such heartbreaking violence, disintegrating everything that the decade had stood for prior, and pulling apart the hope of the peace that it had brought. The stabbing of Sharon Tate, the deaths of Janis Joplin, Jimi Hendrix, and Jim Morrison, and the stabbing at Altamont were all moments of violence or dissolution that solidified the end of the 60s – a decade of liberation and rock n roll.

This documentary is powerful, allowing us to travel in time to these moments and feel them in a more personal way. It is transportive and fascinating. Between the chaos and confusion, frustration and regret, it is incredible how one night managed to flatten the dreams of a generation. The hopes for a more peaceful and unified world no longer seemed so attainable. Mankind gets in the way.

“Gimme Shelter” is a grounded look at a fascinating time in history, hippie culture, the charisma of the Stones, and features a staggering performance by Tina Turner. It is a hypnotic piece of cinema and is full of a ton of the Stones great hits.