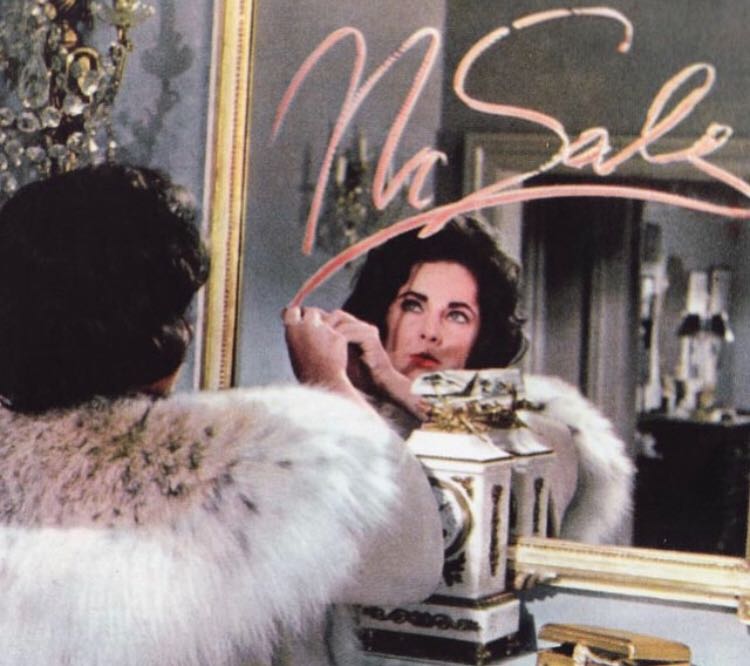 Food: My roommates and I decided to try a spot called Violet in the East Village the other night. It is tucked away and quiet – but after our experience, I think it is safe to call it a true hidden gem. I enjoyed a cocktail called the ROSEMARY’S SISTER, which consisted of rosemary-infused Tito’s Vodka, lemon, Campari, prosecco. It was refreshing. We split the rest of the items. First, came the CHOPPED SALAD (miso, peppered bacon, blue cheese, oven dried tomato), and the POM POMS, which were sort of like donut hole sized mozzarella sticks. All of the food was impeccable, but the standout item was the GRILLED PIZZA – which you have to cut with scissors delivered with the dish. We got the “EMILY” which was constructed with a blend of pistachio, truffle sottocenere, and honey. It was both sweet and savory, light and filling. It was the type of pizza that I will be craving again very soon.

Film: “BUtterfield 8” is not one of Elizabeth Taylor’s most well-known pieces, but it is the one which snagged her an Oscar for Best Actress. Based on a book by John O’Hara, and adapted for the screen by John Michael Hayes and Charles Schnee, this is the story of a promiscuous woman living in Manhattan, who enjoys various modeling jobs, as well as sexual adventures with many men whom she often meets through her work in a telephone answering service – which shares the films namesake.

Gloria Wandrous (Taylor) is introduced to the audience while sleeping off a drunken stupor in a lavish apartment. She wakes up and saunters around, getting ready slowly and leisurely, until she comes upon a note from her lover, a wealthy executive named Weston Liggett (Laurence Harvey), who left her $250. Insulted and surprised, she angrily steals his – presumably – wife’s mink coat, and fiercely writes “No Sale” on the mirror before leaving the cash behind in her exit.

It turns out that Gloria still lives with her mother, Annie (Mildred Dunnock) whom from she strategically omits the truth of her affairs, and she maintains a close relationship with her childhood friend Steve Carpenter (Eddie Fisher), much to the chagrin of his long-term girlfriend Norma (Susan Oliver).

The bulk of the film focuses on Gloria’s somewhat tumultuous relationship with Liggett, and the effect it has on her self-worth. As her feelings develop for him, the shame she feels about her behaviors around sex become amplified, and she sets out to change – which turns out to be more difficult than she expected. From the plot, it seems like it could have the traits of a clichéd metamorphosis story, but it is acceptably messier than that.

An element to this film that dates poorly, and feels more disturbing than it likely did upon it’s release on the brink of the 1960’s is the amount of slut-shaming that Gloria endures for her unmarried and licentious lifestyle. Many of the women who encounter her refuse to hide their disapproval, smothering her with snarky comments and criticism. However, it is also incredibly reminiscent of the times, so maybe it merely dates accurately.

More than being a masterful piece of cinema, “BUtterfield 8” succeeds in wooing it’s audience with lush visuals – Taylor dons a new perfectly form fitting, gorgeous 1960’s dress in every scene (styled by Helen Rose) – and endless memorable dialogue. It is sultry, slightly melodramatic, and is layered in commentary on the feminine mystique, societal expectations, misogyny, and all of the strings woven together to create a persons morality and sense of self.