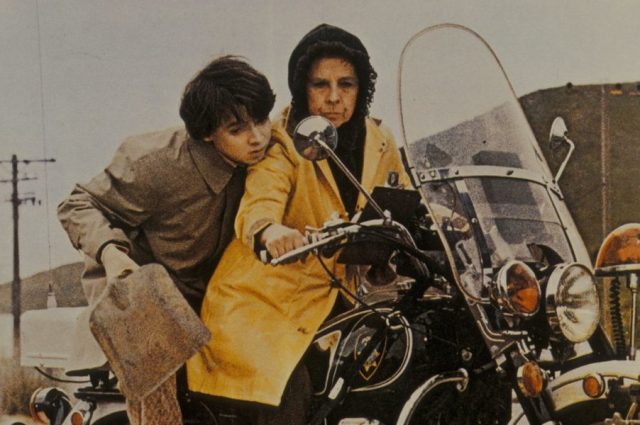 Food: While spending the weekend at Seagrove Beach, Florida (the location where ‘The Truman Show’ was filmed), I got the opportunity to try many great local spots. One night we went to Cafe Thirty A in Santa Rosa Beach for some finer dining and had the most mouthwatering grilled Filet Mignon (as they also conveniently offered a 2 for 1 special), which came with whipped mashed potatoes, balsamic grilled jumbo, and Worcestershire reduction. If you are ever in the area, that’s the place to go.

Film: “Harold and Maude” is strange, moody, eccentric and seemed to have been in some way the inspiration for the general style of Wes Anderson’s many films to follow, but it is not necessarily great cinema. However, like most films that may not have been well received at the time of release, but tend to appreciate over time, this film, upon watching, seemed to have birthed a genre of its own: indie quirk. With dark, unrelenting humor (you either get it or ya don’t), dramatic, sometimes even symmetrical composition found in every shot, spunky soundtrack (in this case, Cat Stevens). These films showcase a type of charm that is less grandiose and glamorous.

We meet a Harold (Bud Cort), who is a distressed 17 year old boy who fixates on the concept of death, as he stages his own suicide by hanging and his mother actively ignores him. This is not the first time, evidently. His mother (hysterically and sharply played by Vivian Pickles) has run out of ideas about what to do with him, as therapy does not amount to much, and he is clearly uninterested in joining his uncle in the military, so she begins to set him up on internet dates. Meanwhile, he prefers to spend his time at funerals – of course.

While at one of them, he encounters the free-spirited and zesty Maude (Ruth Gordon), who has a bad habit of taking cars that are not hers, stands nude for ice sculptures, has a house full of collectibles and half-finished art projects, and can talk her way out of any kind of trouble. The two develop a bond that allows them each to enlighten the other in a balanced way. Maude accepts Harold with no pretense. She does not ask him to change, to be more normal, to explain himself, or to understand her. Together, they just are.

“Harold and Maude” is one of those pictures that, upon watching today as opposed to when it came out, seems like it relies on many clichés. But really, it is the film that invented these elements of film-making and started a movement which now defines an entirely new genre. Notably, it also still holds up.