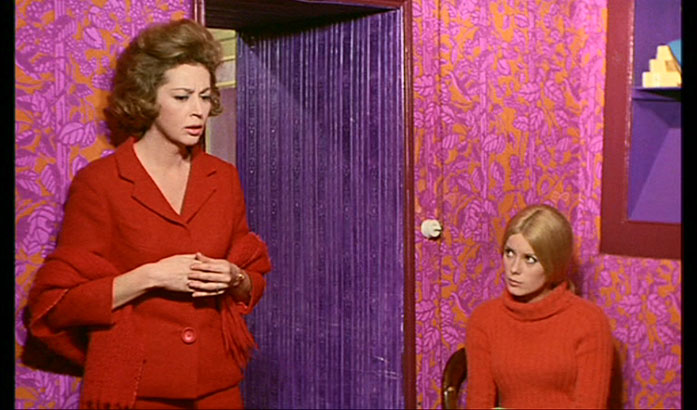 Food: Enjoyed a hot toddy, called ‘Some Like It Hot’ – complete with bourbon, prickly pear, and lemon – courtesy of cozy indie theater in the Lower East Side called Metrograph.

Film: Directed by Jacques Demy, The Umbrellas of Cherbourg is a melodrama which is actually an opera – seeing that every piece of dialogue is sung. Startling at first, unless you know that ahead of time, but once you embrace the lyrical medium, Cherbourg plays out with biting wit and charm. Catherine Deneuve, as Geneviève, is stunning – stoic and gentle and Nino Castelnuovo is effortless as Guy. With flawless direction, a non-stop musical goes from what could have been ridiculous to utterly heartbreaking.

Starting out with a happy-go-lucky ease, reminiscent of Grease – particularly at the auto body shop – a young couple skirts around town, dancing and being hopelessly in love. They are going to get married and life is going to be blissful forever – never mind that they are much too young for big decisions like this.

So it goes that Guy is sent off to war for two years with limited communication, and despite writing letters, Geneviève falls more and more into despair – especially once she discovers that she is pregnant with his child. At the ripe age of 16, she struggles to decide how to continue on and become a single mother, alongside her own single mother, and becomes more and more open minded to the idea of letting herself be swooned by an older businessman who could decidedly take better care of her in this immediate time of need.

Drenched in technicolor, and dipped in melancholy, with artful cinematography, this film  is an absolute masterpiece which will make you ache, laugh and sit in awe.